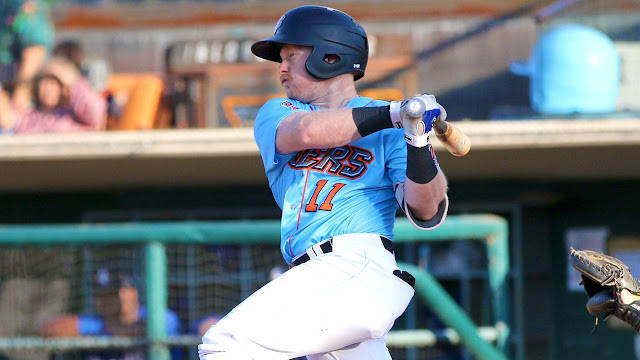 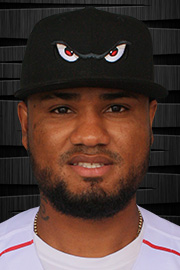 The Inland Empire 66ers of San Bernardino played in their fourth consecutive extra-inning game Sunday night and fell 4-3 in ten innings to the Lake Elsinore Storm.

After winning on Thursday in extra-innings at Rancho Cucamonga, the 66ers were swept in a three-game set at Lake Elsinore with each game ending in a walk-off tenth inning for the Storm.

The Storm took a 2-0 lead in the third inning on an RBI double by Esteury Ruiz and RBI ground out by Xavier Edwards. The inning looked to get worse with one out Eguy Rosario lifted a ball to left.

Ruiz, now at third, tagged and coasted home on what appeared to be an easy sac fly. Inland Empire LF Zane Gurwitz rifled a perfect throw to the played and IE catcher Franklin Torres casually faked the runner into not sliding and then tagged him out for a double play. Ruiz was lifted from the game.

In the fourth Gurwitz doubled, his fourth in four games since rejoining the Sixers from Double-A. Gleyvin Pineda then extended his hit streak to nine games with an RBI single and a 2-1 deficit for the 66ers (39-68, 13-25).

Trailing 3-1 in the seventh, the Sixers tied the game on Gareth Morgan's two-run singled up the box. The game remained tied until the home half of tenth when Allen Cordoba knocked home Edwards on a two-out game-winning RBI single to left, his third hit of the game.

The 66ers will host Visalia on Tuesday at 7:05 pm. The contest can be seen and heard live at 66ers.com.
Press Release Provided By the Inland Empire 66ers
[slideshow_deploy id='1574]