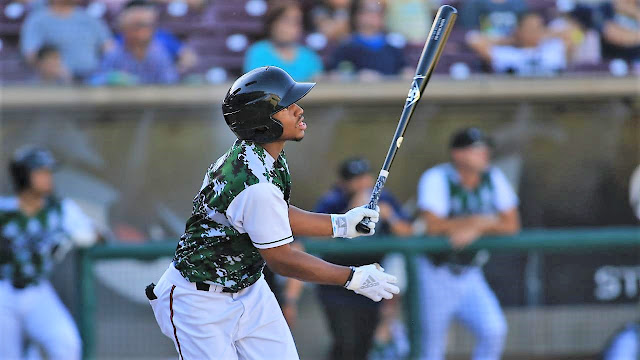 Padres No.8 Prospect Xavier Edwards Records a 3-Hit Night that Includes a Walk-Off Single in the 10th 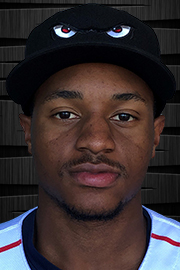 Having already played 25 times this season, the Storm and the Inland Empire 66ers began their final three-game series in Lake Elsinore on Friday with an entertaining, back-and-forth contest that saw six different lead changes, with the home team getting the final say in an 8-7 walk-off win in 10 innings.

The Storm rallied to tie it at 7-7 in the 10th and then earned their third walk-off win of the season when SS Xavier Edwards lined a one-out, RBI single to centerfield that scored Jeisson Rosario from second base on a close play at the plate for the game winner.

Edwards, drafted 38th overall in 2018 by San Diego, had his sixth multi-hit performance in 16 games with the Storm after leading the Midwest League with a .336 batting average before his promotion.

The 19-year-old from Wellington, Florida went 3-5 with two RBI to pace a 14-hit attack, as 3B Gabriel Arias, LF Esteury Ruiz, RF Jack Suwinski and Rosario had two hits apiece to help the Storm end a three-game losing streak and win for the fifth time in their last six games at The Diamond.

Lake Elsinore struck first in the first on Arias' 10th home run of the season, an opposite field shot to right-center that gave RHP Caleb Boushley a 2-0 advantage.

Inland Empire scored an unearned run in the third and added two in the fifth to take their first lead of the game, but the Storm answered with an RBI single from Edwards in the bottom of the fifth to tie things at 3-3. One inning later, after Suwinski's lead-off triple, 2B Ruddy Giron singled to right to make it 4-3 Storm.

The 66ers plated three runs in the seventh, but Suwinski and 1B Olivier Basabe had two-out RBI singles in the bottom of the inning to tie the game 6-6, setting the stage for the extra innings heroics from Edwards and the Storm. RHP Jordan Guerrero went 2.1 IP in relief, striking out two and allowing no earned runs to earn his first California League victory. The Storm improved to 15-11 on the season against the Angels' affiliate.

Lake Elsinore is 53-51 overall and 18-18 in the second half, three games behind Rancho Cucamonga and Lancaster in the South Division with 34 games to play.

On Country Night, Saturday, July 27 at 6:00pm, LHP Osvaldo Hernandez makes his 6th Cal League start and his first against the 66ers, who counter with RHP Travis Herrin.

The series concludes on Sunday, July 28 at 5:00pm with a Strike Out Cancer Hat Giveaway, presented by Waba Grill, to the first 1,000 guests at The Diamond. For the best available seats buy online at stormbaseball.com or call 951-245-4487.