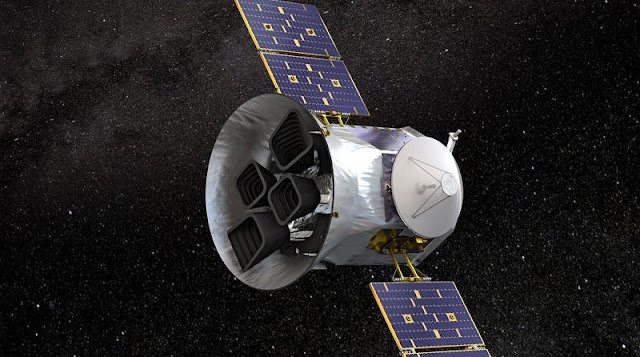 NASA’s newest planet-hunting satellite has discovered a type of planet missing from our own solar system. 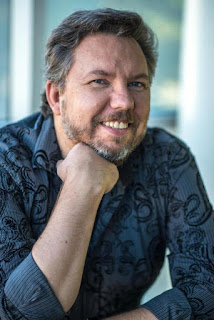 Launched in 2018, the Transiting Exoplanet Survey Satellite, or TESS, has found three new worlds around a neighboring star. Stephen Kane, a UC Riverside associate professor of planetary astrophysics, says the new star system, called TESS Object of Interest, or TOI-270, is exactly what the satellite was designed to find.

A paper describing TOI-270 has been published in the journal Nature Astronomy and is now available online. Of the three new exoplanets, meaning they’re outside our solar system, one is rocky and slightly larger than Earth, while the two others are gaseous and roughly twice Earth’s size.

Not only is the smaller planet in the habitable zone — the range of distances from a star that are warm enough to allow liquid-water oceans on a planet — but the TOI-270 star is nearby, making it brighter for viewing. It’s also “quiet,” meaning it has few flares and allows scientists to observe it and its orbiting planets more easily.

“We’ve found very few planets like this in the habitable zone, and many fewer around a quiet star, so this is rare,” said Kane. “We don’t have a planet quite like this in our solar system.”

In our own solar system, there are either small, rocky planets like Earth, Mercury, Venus, and Mars, or much larger planets like Saturn, Jupiter, Uranus, and Neptune that are dominated by gasses rather than land. We don’t have planets about half the size of Neptune, though these are common around other stars.

“TOI-270 will soon allow us to study this “missing link” between rocky Earth-like planets and gas-dominant mini-Neptunes, because here all of these types formed in the same system,” said lead researcher Maximilian Gunther, a Torres Postdoctoral Fellow at the Massachusetts Institute of Technology.

Follow-up observations on the system have been planned for 2021, when the James Webb Space Telescope launches. It will be able to measure the composition of the TOI-270 planets’ atmospheres for oxygen, hydrogen, and carbon monoxide.

Kane says these kinds of observations can help determine whether a planet has ever had a liquid water ocean, and whether any of the planets has conditions suitable for life as we know it.

While TOI-270 is far enough away that no one living will likely ever travel there, at 73 light-years away it is still considered close.

Kane, a member of UCR’s NASA-funded Alternative Earths Astrobiology Center, is available for media interviews about TESS and his involvement in analyzing its data and observations.

He and the team hope further research will reveal additional planets in the system beyond the three now known. The smaller planet is unlikely to host life because its surface could be too warm for the presence of liquid water. But additional planets at greater distances from the star might be cooler, allowing water to pool on their surfaces.