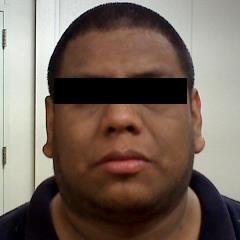 On Saturday, July 27, at around 7:30 a.m., agents assigned to the Calexico Station observed a man suspected of illegally entering the U.S. approximately 12 miles east of the Calexico West Port of Entry. Agents responded to the area and arrested the man and transported him to the El Centro Station for immigration and criminal history screening.

Border Patrol agents conducted records checks, which revealed that the man, later identified as Gregorio Neri-Basilio, a 36-year-old Mexican national, was convicted on three counts of Sexual Abuse of a Child on July 13, 2004 out of Utah County, Utah.

He was sentenced to 12 months in prison for his crimes.

Additionally, Neri was removed from the United States by Immigration and Customs Enforcement (ICE) on Feb. 24, 2005 as an aggravated felon.

Press Release Provided By the US Border Patrol
[slideshow_deploy id='1574]