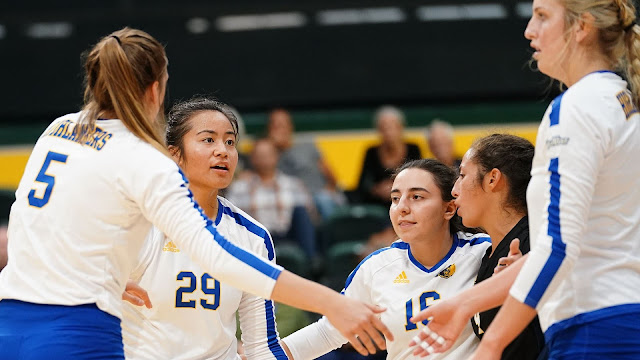 Next Up for the Highlanders is Cal Poly

In a contest that featured only two tie scores and one lead change, the Aggies made an early statement, hitting a match-high .433 in the first set. The Aggies continued to roll in the second, scoring the set's first 11 points and leading by as many as 14 before UCR punched back, but the Highlanders could not overcome the early damage. Errors would hurt the UCR in the final set as UC Davis picked up its second conference win.

The Highlanders will look to bounce back this weekend as their road stint continues. They will see a tough pair of opponents on back-to-back days in Cal Poly and UC Santa Barbara.