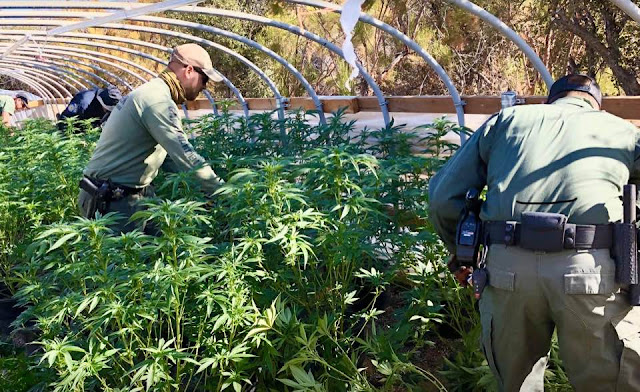 On Tuesday, October 15, 2019, ten marijuana cultivation search warrants in the unincorporated county area known as Anza were served During the service, 5074 plants and 950 pounds of processed marijuana were collected for a total of 5.3 tons. Three shotguns and two handguns were seized.

Two suspects identified as 26-year-old Austin Tyler, 76-year-old Linda Tyler, both Anza residents, were contacted and determined to be culpable in the marijuana cultivation occurring on their property. Charges will be filed with the District Attorney’s Office for Marijuana Cultivation.

The goal of the Riverside County Sheriff’s Department is to keep all of our citizens safe while also improving the quality of life for those residing within the community. Marijuana cultivation negatively impacts the environment in many ways including diminishing and poisoning the water table and pesticides adversely affecting the health of neighboring residents.