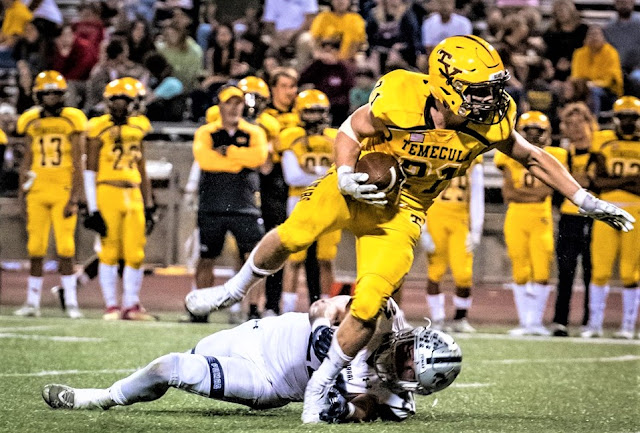 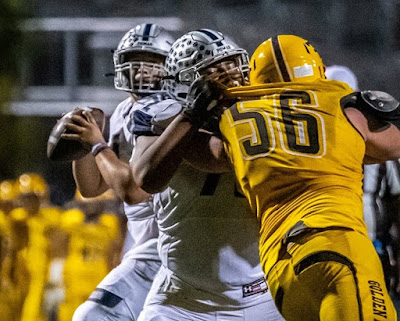 It’s been a long 13 years since the Golden Bears have come out on top in this annual cross town rivalry. On Friday night behind a Herculean effort of Brody Hughes, and his 4 rushing touchdowns, the bears came out on top.

With the win Temecula Valley is 3-1 in league and with a win next week could be the new Southwestern league champions. is league crown has gone to someone other than Murrieta Valley or Vista Murrieta. 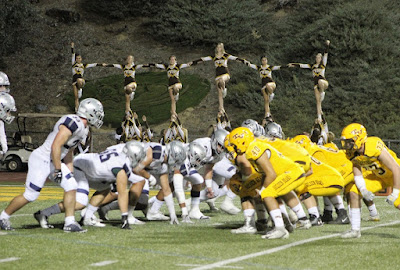 This was a back and forth slug fest with both teams battling for every inch. Chaparral struck first on their first drive of the night with an 80 yard bomb from Frankie Blanco to Brody Soderman. Temecula wasted no time I’m answering back driving nearly 80 yards for the score. And that was the case for most of the night.

Down 24-28, Chaparral began the 4th receiving a punt from Temecula. A few plays later Chaparral running back Hunter Roddy ran into the end zone on a 43 yard rushing touchdown to take the lead 31-28.

Temecula answered back on their ensuing drive after Hughes ran in for his third touchdown of the night. Chaparral began their ensuing drive from their own 14 yard line with about 8 minutes remaining in the game. The Pumas drove deep into Bears territory before an interception at the Bears 2 yard line gave possession back to Temecula.

Up 35-28 with five minutes to go at their two yard line Temecula mounted a long touchdown drive ending in Hughes’ fourth touchdown of the night.

Temecula left about a minute on the clock and held the Pumas out of the end zone to close out the game.