Winchester: Four Suspects Arrested During an Armed Robbery of a Marijuana Farm 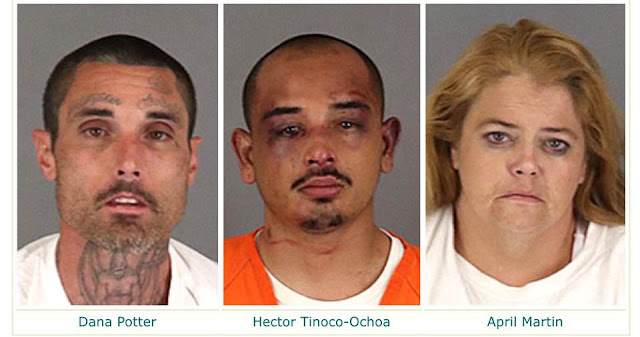 On Saturday, October 26, at approximately 11:41 P.M., Sheriffs deputies responded to the report of an armed robbery occurring at a lawful hemp farm located near Winchester Road and Craig Avenue, in the unincorporated area of Winchester.

Witnesses described four suspects cutting down and stealing non-tetrahydrocannabinol (THC) hemp plants. During this robbery, one suspect produced a firearm towards employees.

As deputies responded to the scene, witnesses reported the four suspects fled the area. With the assistance from the Special Enforcement Bureau Canine (K9) Team, responding deputies located three suspects on the 4800 block of Creekridge Lane, Hemet. One suspect was apprehended on the 1500 block of Elmbridge Lane, Hemet. A firearm was recovered and the suspect vehicle was located.
During this incident, four suspects were arrested and booked into the Cois Byrd Detention Center for the following charges: