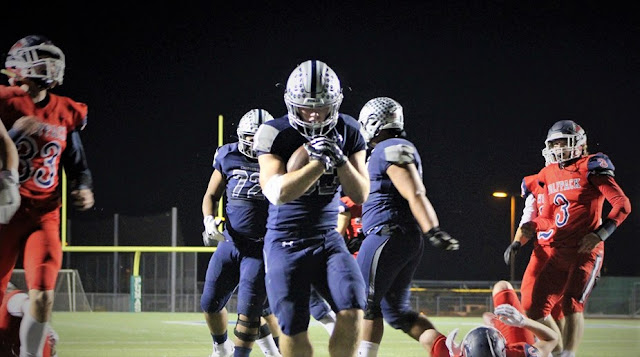 By Jennifer Silva
Chaparral takes it back to the basics and sticks to the ground game in the win over cross town rival Great Oak. Chaparral running back Hunter Roddy carried the ball 40 times for 352 yards and hit pay dirt 7 times. 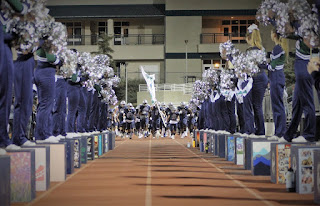 In the first half the Pumas seemed to have the game under control leading 28-6. Great Oak, essentially, fighting for a playoff spot got within a score just before the half making the score 28-20.

The outstanding duo of Gavin Vida and Jalen Punsalan of Great Oak were able to answer just about every Chaparral score in the second half. Down 49-40 with less than two minutes on the clock Vida threw a touchdown to make the score 49-47. Chaparral recovered the ensuing onside kick and went into victory formation to run out the clock. 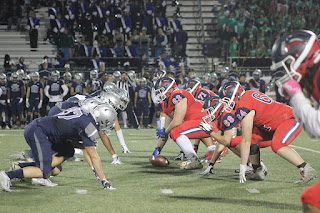 The Pumas now possess a 7-3 (2-3, league) and Great Oak is 4-6 (1-4, league). With the victory, Chaparral received an at large playoff birth in the CIF Southern Section Championship Playoffs. Great Oak and Murrieta Mesa will also be in the playoffs.

Chaparral will travel to play Newhall Hart 6-4 (3-2, league) for the CIF Southern Section Playoff opener. The Hart Indians were the third place finishers out of the Foothill Hill league.

Great Oak will also be on the road for round one to play Villa Park 5-5 (2-1, league). The Villa Park Spartan were the second place finishers out of the Crestview league.

The Chaparral victory did not come without a heavy cost as the workhorse Matt Majel was carted off the field late in the game.