SoCal: Border Patrol Finds Over $210,000 of Packaged Marijuana in a Shipment of Jalapeño Peppers 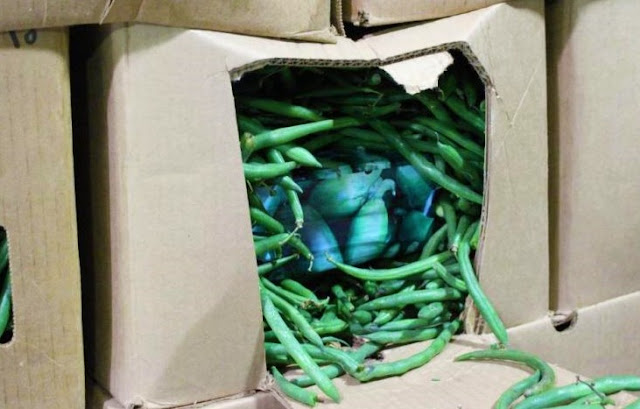 In all, CBP Officers Seized more than $1.5 Million of Narcotics Last Weekend 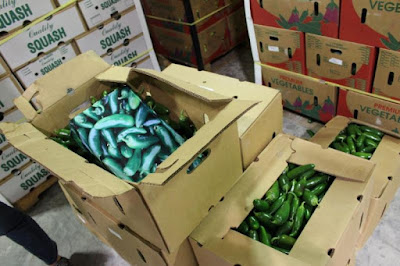 U.S. Customs and Border Protection officers working at the ports of entry along the California border with Mexico over the weekend find marijuana covered in jalapeño wrapping paper hidden in shipment of actual jalapeño peppers and seize more than $1.5 million of narcotics over weekend.

On Oct. 25, CBP officers at the Otay Mesa port of entry found marijuana bundles hidden in a shipment of jalapeno peppers. At about 7 p.m. a 28-year-old male Mexican citizen entered the port of entry driving a tractor pulling a trailer with cargo manifested as mixed produce. The CBP officer referred the truck to secondary.

When the conveyance arrived to the dock, a canine team roving the area alerted to the trailer. CBP officers inspected the shipment discovering packages wrapped with jalapeño pepper wrapping paper comingled with real jalapeños.

CBP officers discovered 527 pounds of marijuana wrapped in paper with photos of jalapenos, hidden in a shipment of actual jalapenos.

From Friday, Oct. 25, through Sunday, Oct. 27, CBP officers intercepted 590 pounds of methamphetamine, 18 pounds of cocaine, five pounds of heroin and 617 pounds of marijuana. CBP officers discovered the narcotics hidden inside vehicles in various places such as the doors, gas tank and strapped to their bodies.

CBP officers seized all vehicles and narcotics. All narcotic related subjects were turned over to Homeland Security Investigations for further processing.

CBP officers at the border crossings in Southern California routinely stop illegal activity, while processing millions of legitimate travelers into the United States.

Press Release Provided by the US Border Patrol
[slideshow_deploy id='15740]